The name of the subject alone suggests the interest in a dialogue between values and religion and between Christians and non-Christians. Our classes are intended to be genuinely ecumenical (Greek origin: “oikos”- a house). We all live in the same “house” for which we are responsible. The subject Religion and Ethics (RaE) also intends to be a, so called, “contact” subject and aims to support the process of creating a class community.

We see the concept and the content of the RaE subject as a “pyramid” consisting of three levels: the base is made of RELATIONSHIPS to which VALUES are linked, and the last level is made of CONCEPTS.

First year: we stress the importance of creating a class community (as a bonus we offer a teambuilding at the beginning of the year upon which we build over the course of the year).  Through interaction in small groups we discuss and model the key principles of communication and the foundations on which a good friendship, a family or a partnership are built. A great space is devoted to actual questions of the students.

Second year: we move the emphasis from relationships within the group to the relationship to oneself. The central concept is identity. We talk about the basic types of personality (the so-called “Eneagram“), about the strong and the weak sides and the road that leads to personal maturity. During the second block, we emphasize the questions about a human being that the authors of the Bible (the so-called Biblical anthropology) ask themselves. A final written test is a part of the sophomore year.

Third year: we cover the relationship between religion and ethics. The goal is to explain that concepts and mental structures have their practical consequences in the ethical attitudes of a human being. Through reading texts from world literature, in a practical way we illustrate the thinking and the consequences of the traditional Seven Deadly Sins, and as a counterpart we place the blessings given by Jesus during the Sermon on the Mount. We expect the students to work on the selected texts and participate actively in the discussions during the RaE lessons.

We try to look at things from a bird’s-eye perspective during the last two academic years.

Fourth year: the content is based on the book “Journey.” It links to basic questions and answers in life, which are offered by the main religious systems. As in the third year, we base our discussions mainly on the texts from the book.

The subject is currently not assessed. To pass the subject, the students need to meet the criteria given for their respective grade (submit a certain number of assignments, write essays, etc.). Also, every student must do 10 hours of particular type of community service chosen according to a given list of options; students’ own ideas are also welcome). A list of particular community service activities is made available on our FB page. 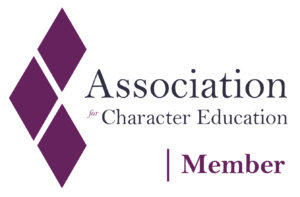